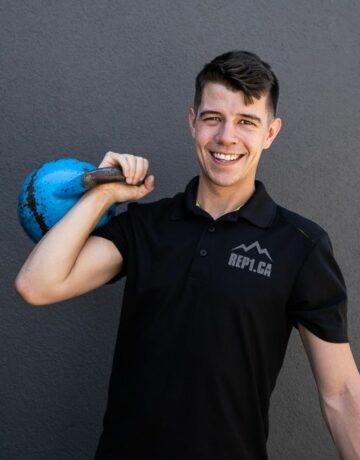 Born in Monasterboice (say that 3 times fast), Alan hails from Louth, Ireland and spent his whole life in his “local parish” before crossing the Atlantic. An all-around athlete, Alan competed in many sports, but Gaelic Football is the game that pulls on his heartstrings. He currently likes going on hikes, running and the occasional golf game. But don’t forget this man really appreciates a good workout! While going on a run, Alan will have rock bands such as U2 and Oasis in his earbuds. We just wouldn’t try to keep up to his pace!

Make sure you say hello to Alan on the training floor, but listen closely to the lingo and look for that Irish smile though… he might be pulling a fast one on you!

Click here to book a free consult and tour

Want to read some random facts about Alan? Read on:

What is your favorite piece of fitness equipment?
Has to be an Olympic barbell or trap bar.
If you could be anyone else in the world who would it be?
If I had to be somebody I would go for The Rock. I would love to get a session in at Iron Paradise (The Rock’s insane home gym).
If you weren’t a personal trainer, what would you do?
Something with my hands like a carpenter or a landscaper.
What was your first job? And what did you learn at that job?
Working in a newsagents… and I learned that I did not want to work in a newsagents! (Editor’s note: A newsagent’s shop sells newspapers, magazines, food, etc.)
One of your early life accomplishments was?
Winning the league and getting to a championship final with my local GAA (Gaelic Football team) back home in Ireland.
What game show Jeopardy category would you slay at?
Sports, all day!
What is the one ‘cheat’ food, or drink, that you can’t avoid?
Would have to be a bit of curry! Can’t say no.
Your favorite Superhero is?…
Spider-Man (the original)
What was your favorite toy as a kid?
Toy Dinosaurs or Toy Tractors
What is the one thing that nobody knows you can do?
I can make a savage homemade Pasta Carbonara!
Your favorite vacation spot is ______ because?
I haven’t travelled too much in my life yet but Vancouver is impressive so far! A favourite vacation spot I’ve been before is Cork in Ireland – loads to do and a lovely city.

We evaluate your fitness, make a plan & you get your first workout for free ($150 value)